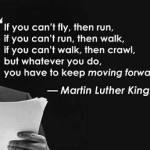 Confined spaces are among the trickiest and riskiest workplaces, which is an often-neglected hard fact. Going in and coming out of the confined spaces is not easy at all; however, staying in such places to get the work done is even more difficult, yet millions of workers have this duty across the globe. Confined spaces are more common in the mining industry and waste management plants.

Many people think that getting fit into the confined places is the only issue; however, it is the most trivial one, and there are numerous bigger issues. The people working in the mining industry or those requiring work in confined spaces but having office jobs think that workers are only making up the issues. Their wrong beliefs and claims have given rise to numerous confined spaces myths that put the lives of workers at risk and need to be rectified.

Get into the details of this article to debunk common myths about confined space, believing which can put your life at risk.

If you are new in the field that requires working in the confined spaces, you might not be fully aware of the risk and dangers. On top of that, if you fall prey to myths lingering the concept, you will consider it a piece of cake. However, that is not good for you as it increases the risk of you ignoring the dangers and diving right into life-threatening situations. So, bust the myths and opt for needed precautionary measures.

Here are some of the widely believed myths about confined spaces that can endanger your life.

The first myth lingering confined spaces is that they are always small and enclosed, which is not true at all. Confined spaces are the one that has limited openings and exits and are not fit for regular occupancy. It can be large enough for the worker to get in and complete the task, but the place is not safe for staying in it for a long time or multiple times.

Many people believe that the risk of confined places arises from the chemical or nonchemical materials present in them. If the confined place is empty, it means it is perfectly safe; however, it is only a myth. Even if the confined places are empty, the atmospheric pressure and gases can worsen the settings. When you access such places without any precautionary measure, you may face issues in breathing or allergic reactions.

Another common myth of confined places that endanger the life of workers is that exploring gas hazards around the outer surface is enough to assume it is safe. However, it is not. The confined space can be closely lit, confining the release of hazardous gases to outer space. If installing a gas detector in such places is difficult, you must carry a portable detector to make sure the inner space is also clean and safe to work without worries.

A widely believed myth about confined spaces is that they require permits to access. In other words, if a space does not require permits for accession, it would not be a risky one because all dangerous and risky places require permits. You should never fall prey to this myth as you will only put your life at risk by believing it. Make sure to check the place thoroughly before accessing it, irrespective of the fact that you got the permit or not.

5. Confined spaces do not have other issues than gas hazards.

Another childish myth about confined spaces is that they do not have other issues than gas hazards. Gas hazards are the most common and prevalent issue, but there are other risks like the risk of fall, collapse, collision, explosion, and land erosion, etc. so, do not assume that you will be fine if you are prepared to deal with gas hazards, but ensure a thorough safety plan to work without any danger.

6. The outer space of confined spaces is totally safe.

The greatest myth about confined spaces that put the lives of workers at risk is that the outer space of such places is totally safe. It can be true in some cases but not always. There are extreme gaseous hazards in confined places, which may be present in outer space too. So, you should not take it lightly, but consult gas detector suppliers in UAE and invest in suitable detectors to check and ensure the safety of the place before accessing it.

Were you also blinded by these myths?

If yes, now you must have known the truth as well as the importance of questioning the ground of such claims. Now make sure to follow through with safety checks to stay safe. Get in touch with professionals to get detectors and other safety equipment to make working in confined spaces safe and easier.

Kieran Edwards is a content writer and optimization expert. He helps businesses and brands to communicate with their target audience and customers.

What is 4G? Everything about 4G Explained