All about Logos That Are Globally Recognized! 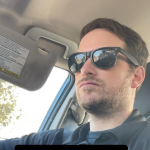 Worldwide, various brands are identified, recognized, and cherished with an icon that makes them exceptional. Have you ever seen a global brand copying the logo of another worldwide brand? Well, the chances are that you haven’t and this is because even if a brand tries to cross the boundaries of legalities, they will know that doing so can lead them to massive trouble.

But do you wonder why some of the brands can be known at a glance? Well, it is because their logos are not only captivating to the eyes but they are thoughtful and well informed. In this blog, we will take you through some of the top known logos worldwide, and what makes them so intriguingly special

Who doesn’t know the largest search engine domain? One uses it to such an extent that you don’t need a consultant in life when you know there is a platform that has answers to all the queries emerging in your mind. However, the Google logo which you see today is not the one since its existence, rather it has been modified. The present logo was made in the year 2015. Along with changing its theme, the logos have also been amplified over time so stay relevant and updated with the viewers. It has also been observed that a Google logo can turn colorless owing to worldwide tragedies, which might be a sign to show their solidarity.

To the mouthwatering fries and burgers, the McDonald’s logo has been one of the popular icons of all time. When you see that curved ‘m’ across the roads, billboards, or anywhere you know that it is nothing but the largest fast-food chain. Several people have their own take on their logo because it is not just a massive case study but it amazes people worldwide as to how a logo can be so simple yet mesmerizing. That fact it has copyright means that you cannot use it, no matter how much you’d like to. Its significance has also been growing because certainly, the McDonald’s logos have come a long way through! These have been modified since the emergence of the company in 1948.

The visually inspiring bitten apple could never look so good! But with the apple, the world knows what you are referring to. It is a treat to the eyes especially when you see it on its steel and metal-plated gadgets. It just outshines like anything. Undeniably, the king of gadgets has the largest following because of breakthrough products launched by Apple. In terms of its logo, it’s referred to as power. In most cases, people get puzzled regarding the color of it; to clear ambiguities, it is certainly black and grey. If you are seeking something unique for your brand, simply search for a free online logo designer without registration, and a list will occur for ease to choose from.

Starbucks is a coffee company that has been in the market for decades! When it comes to the logo, it doesn’t overdo with extra colors rather has opted for green and white. However, the mermaid in the Starbucks logo has raised several questions in people’s minds which are actually called ‘Siren’. Like other companies, this one has also altered its logos a couple of times; what has stayed constant is the two-tailed mermaid. The reason why they have opted for green is that it indicates serenity and harmony, which leaves a positive impression on people’s minds. The overall look is captivating, and today even if the brand does not mention ‘Starbucks coffee’ on their logo, globally the people know what you are talking about.

This is something you grew up using when all the computers had huge desktops, and the Microsoft tune of windows opening and shutting down always brings back nostalgic memories. To say the least, the logo has been more advanced and digital than ever before. It was in the year 2012 that the company rebranded and changed its logo. The Microsoft logo merely combines 4 squares today, with basic yet vivid colors like blue, orange, yellow, and green. This gives an indication of a window, so it is thoughtful and definitely has some background concept to it.

Shell is an oil marketing company with a logo that is just too bright and catchy from a far distance. This has helped the business gain a good number of returns. Because it is useful for people on the road to get easy access to it for the petrol which could be a big threat to its competitors. There are only two colors, yellow and orange in a shell logo but it is something that has grown over some time. Although there have been minute changes in the shape of the shell, they haven’t opted for any other color and relied on the same.

Some companies have a superior logo due to a variety of reasons. If you are setting yourself for an excellent logo then keep these successful companies in mind as a benchmark.

I am a tech enthusiast and a professional writer based in the USA who is passionate about writing on Innovation, Design, and Digital Marketing. As an author, I aim to provide vulnerable content to my audience.

One thought on “All about Logos That Are Globally Recognized!”